Trump's Tax Plan And How It Affects You

Trump's Tax Plan And How It Affects You 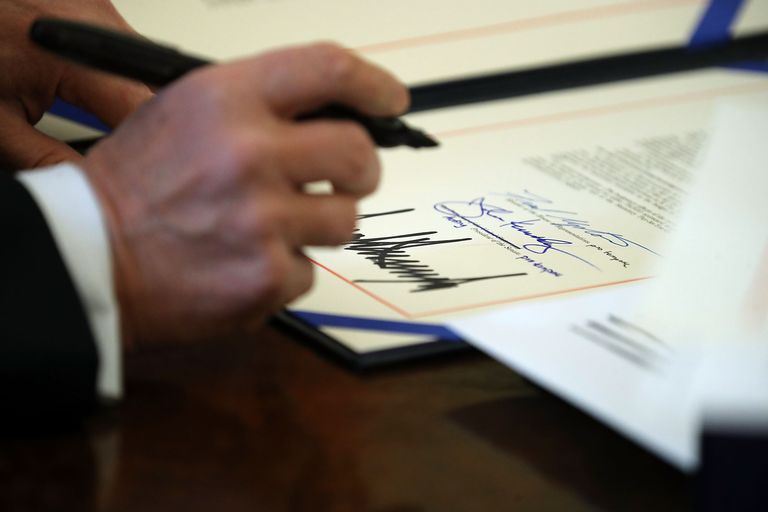 On December 22, 2017, President Trump signed the Tax Cuts and Jobs Act. It cuts the corporate tax rate from 35 percent to 21 percent beginning in 2018. The top individual tax rate will drop to 37 percent. It cuts income tax rates, doubles the standard deduction, and eliminates personal exemptions. The corporate cuts are permanent, while the individual changes expire at the end of 2025.

Here's a summary of how the Act changes income taxes, deductions for child and elder care, and business taxes.
Income Taxes
The Act keeps the seven income tax brackets but lowers tax rates. Employees will see changes reflected in their withholding in February 2018 paychecks. These rates revert to the 2017 rates in 2026.
The Act creates the following chart. The income levels will rise each year with inflation. But they will rise more slowly than in the past because the Act uses the chained consumer price index. Over time, that will move more people into higher tax brackets.