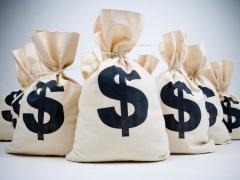 (The Hill) -- Reform of the federal estate tax is incredibly popular, though there is no consensus on the direction of the desired change. In a recent survey, 50% of Americans supported Sen. Bernie Sanders’ (I-Vt.) proposal to lower the estate tax exemption to $3.5 million per person.

In the same survey, 33% favored the Republican proposal to completely repeal the estate tax.

The federal estate tax is actually a unified estate and gift tax — including gifts during an individual’s lifetime as well as bequests at death — with significant exclusions.

The most important exclusions are for bequests or gifts to charities and between spouses. There is also an annual exclusion of gifts to an unlimited number of people, which currently is set at $15,000 per person per year.

The federal estate exempts estates below a specified dollar level, which has increased over the last two decades.

Any unused amount of the exemption by one spouse may be utilized by the second spouse when he or she dies.

In order to evaluate the Republican and Sanders' proposals, let’s consider their direct impact on taxpayers at various income levels. We have reliable numbers on this direct impact, courtesy of the nonpartisan Tax Policy Center.

Then we will try to assess the indirect effects of these proposals on business formation and economic growth. This is a much more difficult task because we cannot know the actual motives driving gifts or bequests by various individuals.

Let’s begin by understanding who would be helped if Congress repealed the current version of the federal estate tax. According to estimates by the Tax Policy Center, only 1,900 individuals who died in 2018 will pay estate taxes — due to the higher exemptions that became effective in that year.

Thus, repeal of the federal estate tax would benefit a tiny group of very wealthy Americans.

Even if Congress lowered the estate tax exemptions to $3.5 million per individual or $7 million per couple, as they were in 2009, this would involve quite a modest expansion.

Under this proposal, an estimated 14,000 individuals dying in 2019 would pay federal estate taxes — mostly those in the top 10 percent of U.S. households by income.

Some critics may argue that the Sanders’ proposal would force many small businesses and small farms to sell their assets in order to pay estate taxes. But that argument is a gross exaggeration.

Furthermore, federal law offers two ways to lower estate taxes on family farms. First, family farms may be valued solely based on their agricultural value, which may be much less than their market value based on commercial or residential development.

Second, if family members inherit a farm and plan to continue running it, they can take 15 years to pay any estate taxes to avoid a fire sale of land.

Other economic effects of the estate tax are much more difficult to estimate because we do not know the decision-making process of the many different types of people who invest capital or make a bequest.

How much would a potential tax at death affect an entrepreneur’s current decision to start a business? How would the specter of an estate tax impact someone’s willingness to make a large gift or bequest to his or her children or grandchildren?

Let’s look briefly at a few illustrative studies on these economic effects. In 2010, economists Douglas Holtz-Eakin and Cameron Smith published a widely cited paper supporting repeal of the estate tax because of its adverse impact on economic growth.

They argued that owners of small businesses, who want to make bequests, would be less inclined to generate wealth if their estates were subject to a high tax at death.

By contrast, in a 2009 article, economists Marco Cognetti and Mariacristina DiNardi argued that the estate tax has little impact on the savings and investment decisions of small-business owners because their estates were generally exempt from this tax.

Instead, they maintain that the estate tax reduces the savings and investments of the very rich subject to that tax.

Their argument has even more force today since Congress has increased the estate exemptions to such a high level.

However, given the high level of the current exemptions from the federal estate tax, it would likely reduce by a little the size of the inheritance of some would-be entrepreneurs, which they could use to start a business.

That trio also found that the potential threat of an estate tax would likely encourage some wealthy business owners to retire early.

In short, repeal of the current estate tax would definitely benefit a very small group of very wealthy Americans. On the other hand, adoption of the Sanders’ proposal would slightly reduce the business formation and the work incentive for this same group.

But neither proposal would have a substantial fiscal impact: The federal estate currently raises $15.6 billion per year, while the Sanders’ proposal is estimated to raise only $36.5 billion per year.