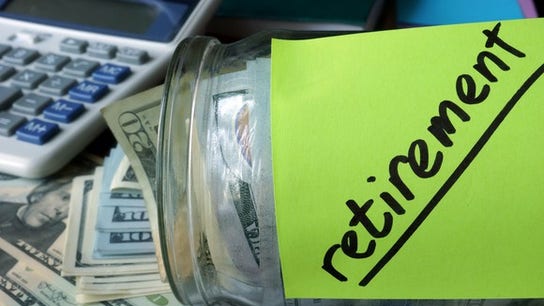 If you've just inherited a fat 401(k Opens a New Window. ) from a deceased relative, you may not know how to proceed. You might be able to leave the money where it is, but this isn't always a smart decision. Often these accounts can have six to seven figure balances, as tracked by Fidelity Opens a New Window.

Worse even: If you don't understand how the money will be taxed Opens a New Window. , you could end up losing a larger share of your inheritance to the government than you needed to.

Here are four things you need to know about inherited Opens a New Window. 401(k)s if you're the named beneficiary.

1. How beneficiaries are chosen

By law, your spouse is designated as your 401(k) beneficiary, unless he or she is already deceased or signs a waiver giving up his or her right to the money. Then, you can leave the money to any other family member, friend, or group that you want to. It's important to keep your beneficiaries up to date because if no surviving beneficiaries are listed when you die, the money will go to your estate instead, which can restrict how your heirs can take distributions. For example, the plan may require heirs to the estate to withdraw the money in a lump sum, forcing them to pay taxes on the full amount in a single year, whether they want to or not.

2. Spouses can roll over funds into their own accounts

Surviving spouses have the same distribution options as non-spouse beneficiaries (more on those below), but they also have the option to roll over the funds into their own IRA. The main reason people choose to do this is because they can delay required minimum distributions (RMDs) Opens a New Window... These are mandatory withdrawals from all retirement accounts except Roth IRAs that the government forces individuals 70 1/2 and over to take in order to ensure it gets its tax cut. You can withdraw more than this amount per year if you'd like, but if you withdraw less, you'll pay a 50% penalty on the amount that you should have withdrawn. RMDs are determined by the value of the account and the age of the account owner.

The problem with this approach is that the RMDs may force you to take out more money than you'd like to, possibly pushing you into a higher income tax bracket where you will lose more of your inheritance to the government. While you can't put off RMDs forever, you can delay them by transferring the money from your deceased spouse's 401(k) to an IRA in your own name. Then, you won't have to take any RMDs until you reach 70 1/2. You also won't have to pay any taxes on the money until you withdraw it in your own retirement. Of course, if your deceased spouse was younger than you, you may be better off not rolling over the 401(k) because then you can delay RMDs until your spouse would have turned 70 1/2.

The downside of rolling over an inherited 401(k) to an IRA is that, if you're under age 59 1/2, you can't touch the money once you've rolled it over without incurring a 10% early withdrawal penalty unless it's for a qualified reason Opens a New Window. So if you need the funds now, you're better off going with one of the other methods below.

3. You can roll the money into an inherited IRA

The most popular option for non-spouse beneficiaries is to roll the money into an inherited IRA Opens a New Window. If there are multiple beneficiaries, each can have their own inherited IRA with a share of the money. This is a new account set up in your own name, so you are able to designated beneficiaries of your own. Unlike regular IRAs, though, you're able to take distributions from this account when you're under age 59 1/2 without incurring a 10% early withdrawal penalty. But you still have to pay income tax on the money, unless it came from a Roth 401(k).

You can take your distributions in one of three ways: Withdraw it all at once, spread the withdrawals over five years, or take RMDs based on your own life expectancy. This last option is the most popular because it enables you to spread the taxes out across many years rather than paying for it all in a single year. Plus, it allows the money to remain in the IRA for longer and continue to grow.

4. You may be able to leave the money where it is

While the easiest thing to do when you inherit a 401(k) is to leave it where it is, this is rarely the smartest decision.

For one, if you leave the 401(k) where it is, you'll have to take RMDs based on the original owner's life expectancy if you don't withdraw the money in a lump sum or within five years. You also don't get to choose your own beneficiaries for the money when you leave it. If you were to die unexpectedly, that money would go to your estate.

It's also worth noting that depending on the 401(k) plan Opens a New Window. , you may not be allowed to leave the money where it is. The deceased's employer will also get a say in how the money is handled, and some may require that the money be distributed in a lump sum or by the end of the fifth year following the employee's death. Look into the rules for the deceased's 401(k) plan to see if there are any restrictions on how you can take the distributions before you decide on a withdrawal strategy.

However you choose to handle your inherited 401(k), it's important to make sure that you understand the tax implications of your decision so you don't have any unpleasant surprises come tax time.

The $16,728 Social Security bonus most retirees completely overlook If you're like most Americans, you're a few years (or more) behind on your retirement savings. But a handful of little-known "Social Security secrets" could help ensure a boost in your retirement income. For example: one easy trick could pay you as much as $16,728 more... each year! Once you learn how to maximize your Social Security benefits, we think you could retire confidently with the peace of mind we're all after. Simply click here to discover how to learn more about these strategies Opens a New Window.