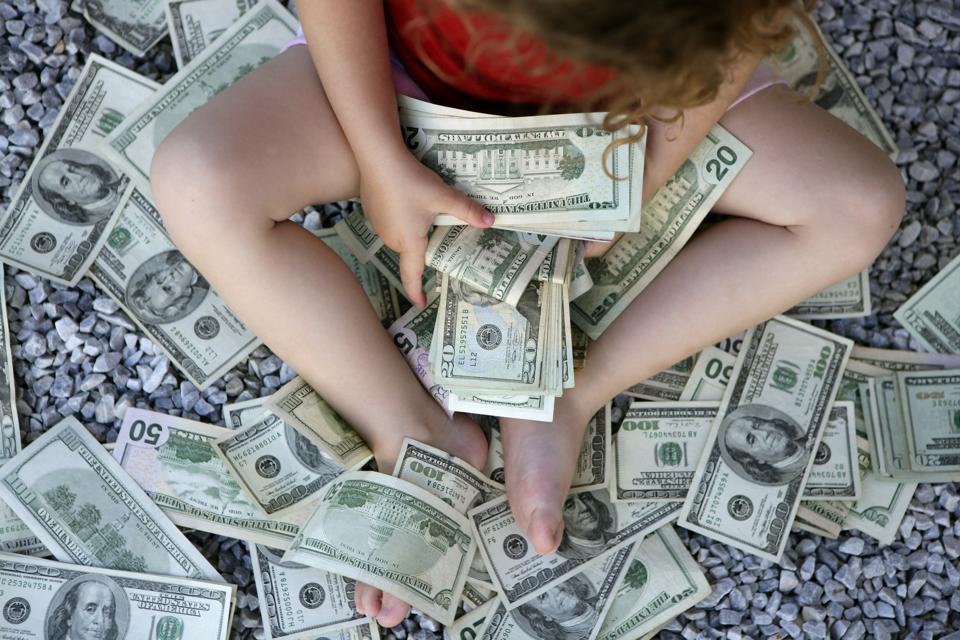 One of the most important provisions of the House version of Tax Cuts And Jobs Act is the repeal of the Generation Skipping Tax.  GST repeal is not getting much attention.  The scoring of GST is lumped in with the repeal of the estate tax at $172 billion.  The GST has probably not produced much revenue since it was enacted in its current form in 1986.  But from a revenue production viewpoint you might view the GST as producing seeds that have been planted every year since 1986 and that some of those seeds have finally started reaching the stage where they will be bearing fruit.   That would be the IRS view.  On the taxpayer side, the GST is a bomb that might be going off soon or detonated without being noticed putting trustees at grave risk.

More to the point, the GST was set up in conjunction with the estate tax to help moderate the tendency to fuel wealth inequality through the establishment of dynastic trusts.  The content of the Tax Cuts And Jobs Act makes me think that the Republicans feel just fine about rising wealth inequality and dynasties.  Their bill seems directed to what I call the New Gentry and the GST was a looming threat to the New Gentry, perhaps even more significant than the estate tax.  If the venerable Harvey comic book  Richard Rich died in 1990 leaving one hundred million to a non-exempt trust that under the laws of Colorado can last one thousand years, there is a 40% haircut scheduled when Richie Rich Jr. dies, which can't be that long from now.  And it will happen again when Richie Rich III dies.  God forbid, but if the investment advisers don't keep up Richie Rich X might have to get a job.


To understand the GST you need to know something about trusts.  Wealthy people were creating trusts long before their was an estate tax to worry about.  The remark "Don't put your trust in money, but put you money in trust" is attributed to Oliver Wendell Holmes Sr., who died in 1894.  Trusts protect assets for future generations from the improvidence of heirs, lawsuits and greedy spouses.

Trusts have three types of players - grantors, fiduciaries and beneficiaries.  The grantor is the person who puts the property into the trust and sets its terms, sometimes creating the trust with a will so that the trust commences on the death of the grantor.  That is the scenario we will assume for this discussion.  Also to simplify we will assume the grantor no longer has a spouse as a potential beneficiary.  The fiduciary, also called the trustee, is responsible for the trust assets.  As far as the rest of the world is concerned it is as if the trustee owns the assets.  The trustee is bound to follow the terms of the trust.  The beneficiaries are the people who get distributions from the trust.

The estate tax encouraged trusts, because it was figured out early on, that if once every generation the fortune has to take a haircut from estate taxes, it would be hard to stay even, much less get ahead.  So when somebody created a fortune that went into trust on their death, there would be an estate tax levied at that point, but there would not be an additional estate tax when the founder's children died or his grandchildren.  Back in the day, there was a limit on how long you could stretch it out.  There is a common law concept called the rule against perpetuities.   Trusts could last no longer than 21 years beyond the life of people alive at the time of its creation.  There are a lot of complications and twists and turns to the rule.  It can be really confusing and create unpleasant surprises.

Still even with the rule a trust can last a long time.  John D. Rockefeller Jr. established an intervivos trust in 1934.  His granddaughter Abby O'Neil was alive then as was his son David Rockefeller.  They both died this year.  I'm not a Rockefeller genealogist, so just for talking purposes let's assume they were the last of the descendents who were alive in 1934.  That would mean that the 21 year clock started this year.  Probably some of the great grandchildren and great great grandchildren will pass before the trust has to terminate. That is a lot of estate tax that old John Junior avoided there as he kept the appreciation from 1932 to 1960 out of his estate and then any estate tax that would have been due on those assets if they had gone directly to children and then grandchildren and then great grandchildren.  That's at least three bites at the Rockefeller apple, that the estate tax did not get.

The Generation Skipping Tax was supposed to put a stop to that, but it is a slow process.  Glossing over the complexities of definitions, GST applies the estate tax rate to three types of transfers. There is a direct skip where you outright give something to a skip person.  Then there is a taxable distribution.  That is when a trust makes a non-exempt distribution to a skip person. Finally there is a termination, which is where the action is going to be.  In order to keep things simple we will assume that wealth is only going to lineal descendants (The rules address how third cousins once removed and total strangers fit in, but life is complicated enough without that).  The children are the non-skip people. The skippers are the grandchildren and their children and their children and so on.