Are The Tax Bills Fair? House, No. Senate, Yes. So Far.

Are The Tax Bills Fair? House, No. Senate, Yes. So Far. 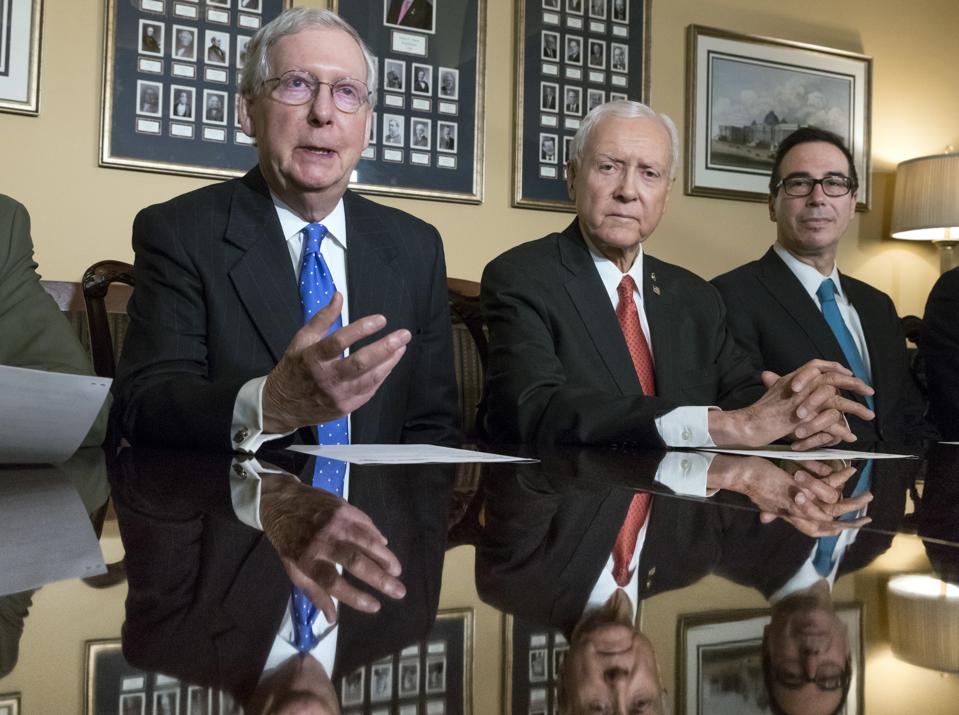 The ultimate fate of the tax cut now before Congress will probably depend more on fairness than competitiveness. But what is fairness?
From what I have heard so far, the threadbare debate goes something like this. Liberal person: “The rich get most of the tax cuts. That’s not fair.” Conservative person: “But the rich pay most of the taxes. So that’s fair.”
This is not an especially productive dialogue without more information. Assuming you think the current distribution of the tax burden is fair--admittedly, this is a big assumption but the one Congress nearly always uses--there is a simple and much better way to evaluate the fairness of this tax cut as it bobs and weaves its way through Congress. And the standard proposed here is simple both to compute and to understand:  A tax cut is fair if all taxpayers get an equal percentage reduction in their taxes.
Suppose that under current law, Bob with $50,000 income and a 20% tax pays $10,000 in tax. Carol with $200,000 and a 40% rate of tax pays $80,000 in tax.  Carol pays eight times as much tax as Bob.
Now suppose there is a 10% across-the-board tax cut. Bob now pays $9,000 in tax. Carol pays $72,000, still eight times more than Bob. Assuming you agree with this standard—you don’t have to; anything goes when it comes to fairness—we can use the same idea to see how the House Ways and Means Committee and the Senate Finance Committee are doing.
Based on the latest official distribution estimates for 2027 from the Joint Committee on Taxation, the following figure shows that in percentage terms, low- income folks get less of a tax break—actually a tax increase for taxpayers between $20,000 and $30,000—than rich folks. This suggests that the House bill is hurting low-income families relative to the wealthy. In other words, the House bill would make the tax system less progressive. A distributional-neutral tax cut would give a 2.6% tax break to all. In the House, the over-$1 million crowd gets a 4.3% cut.