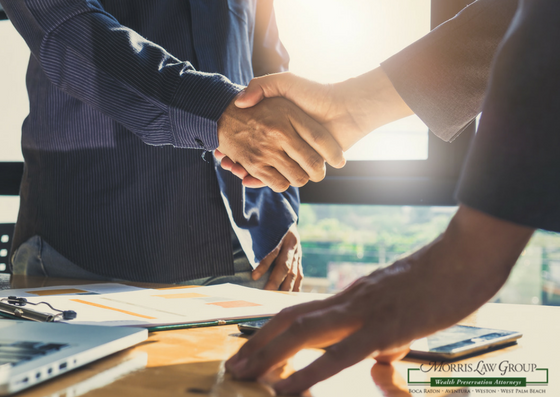 The Bipartisan Budget Act of 2015 (the BBA) replaced the existing partnership audit rules with new procedures generally effective for partnership years beginning January 1, 2018.  The new audit regime (the New Regime) substantially modifies how partnerships are taxed by making partnerships, and not the partners, liable for payments of any federal taxes assessed as a result of an audit at the partnership level. Top estate attorneys from The Morris Law Group continue the discussion below.

Changes Associated With the New Regime

There is a limited exception for certain eligible partnerships to opt-out of the New Regime. Such an election may be made only if the following requirements are met: (i) the partnership has 100 or fewer partners, and (ii) each partner is an individual, a decedent's estate, a C corporation, an S corporation or a foreign entity that would be treated as a C corporation if it were a domestic entity. Currently, the opt-out election is not available to partnerships that have as a partner, another partnership, a trust, or a single-member LLC.

The Partnership Representative has the final say in its representation of the partnership in an audit.  There are myriad issues that should be addressed in the partnership/operating agreement with respect to the New Regime including mandatory call provisions, ability to seek reimbursement from former partners who were partners during the audit years, how to treat non pro rata contributions to address the obligations that arise during the audit, etc.

The New Regime impacts every partnership and it is highly recommended that every entity taxed as a partnership for federal income tax purposes revise its Partnership/Operating Agreement to address the issues that arise with respect to the New Regime.