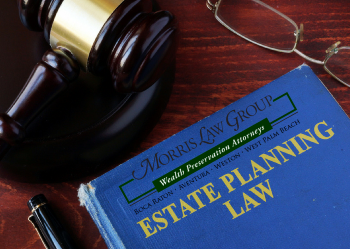 A domestic asset protection trust (DAPT) provides protection from creditors who exist after the creation and funding of the trust, and such creditors cannot attach the assets of the trust so long as the trust terms are consistent with a state’s DAPT Act.

How a DAPT Works

To date, only a limited number of states have passed laws that make DAPTs effective. Further, in order for a DAPT to be valid, it must have a trustee situated in the state under which the DAPT is created (it does not require that the grantor be a resident of that state). We recommend the formation of a DAPT pursuant to Nevada law since it offers enhanced privacy and it is the only state that does not have any special classes of creditors that can pierce a DAPT.

The unique aspect of a DAPT is that even though it is irrevocable, it can permit you to be a current discretionary income and principal beneficiary of the trust. It also permits you to hold a special testamentary power of appointment to re-distribute trust assets upon death. As such, it can also serve as your primary estate planning vehicle (in lieu of a revocable trust).

Once executed, your current assets can be assigned to the DAPT, including financial accounts and interests in closely held businesses. Additionally, all future accounts can be titled in the name of the trust.

To obtain a further layer of asset protection, all investments and other accounts that would ordinarily be owned by the DAPT can be owned by an LLC which is owned by the DAPT. This would create an extra hurdle for any creditor to withstand in the event a claim arises. Furthermore, you can serve as the manager of the underlying LLC, thereby maintaining a better form of control over the LLC’s assets for investment purposes. As the manager of the LLC, you can control the investment of the LLC’s assets without the consent of the trustee of the DAPT.

In addition to the asset protection benefits of a DAPT, it can also be effective for estate tax purposes as the DAPT can be structured as a completed gift. By structuring a DAPT as a completed gift, the grantor removes all DAPT assets (and all appreciation) from your estate, while also maintaining a form of control over the assets.

Further, a DAPT can be effective for income tax purposes by being formed as a grantor trust. A grantor trust is a trust in which you retain certain powers over the trust and therefore the trust will be taxable to the grantor for income tax purposes. By setting up the DAPT as a grantor trust, all income will be taxed at your tax rate rather than the rate for trusts. This is important since the highest income tax rate for individuals (37%) kicks in at income over $500,000, whereas the highest income tax rate for trusts (also 37%) kicks in at only $12,500.

A Recent Case Looks at Establishing a DAPT in Another State

This debate was further addressed by a very recent case (Toni 1 Trust v. Wacker). This case involved a claim that arose (and was litigated) in Montana. After judgment was entered against the defendant, the defendant attempted to fraudulently convey the assets to a DAPT situated in Alaska. Further, the defendant specifically chose to establish the DAPT in Alaska since the Alaska DAPT statute has a two-year statute of limitations on creditors. Simply put, the defendant attempted to hide behind this statute of limitations, because two years had passed since the claim arose. Ultimately, the court ruled that the plaintiff can attach the assets of the Alaska DAPT.

We don’t believe that this case poses a threat to Floridians who wish to establish a DAPT in another state. Specifically, in this case, the defendant clearly engaged in a fraudulent transfer and the sole purpose was to set up a DAPT to hide assets from an existing creditor.

Furthermore, this case is consistent with our opinion and understanding that a DAPT will provide the necessary protection from creditors who exist after the creation and funding of the trust.